You Are Here: Blended Learning Video-Project 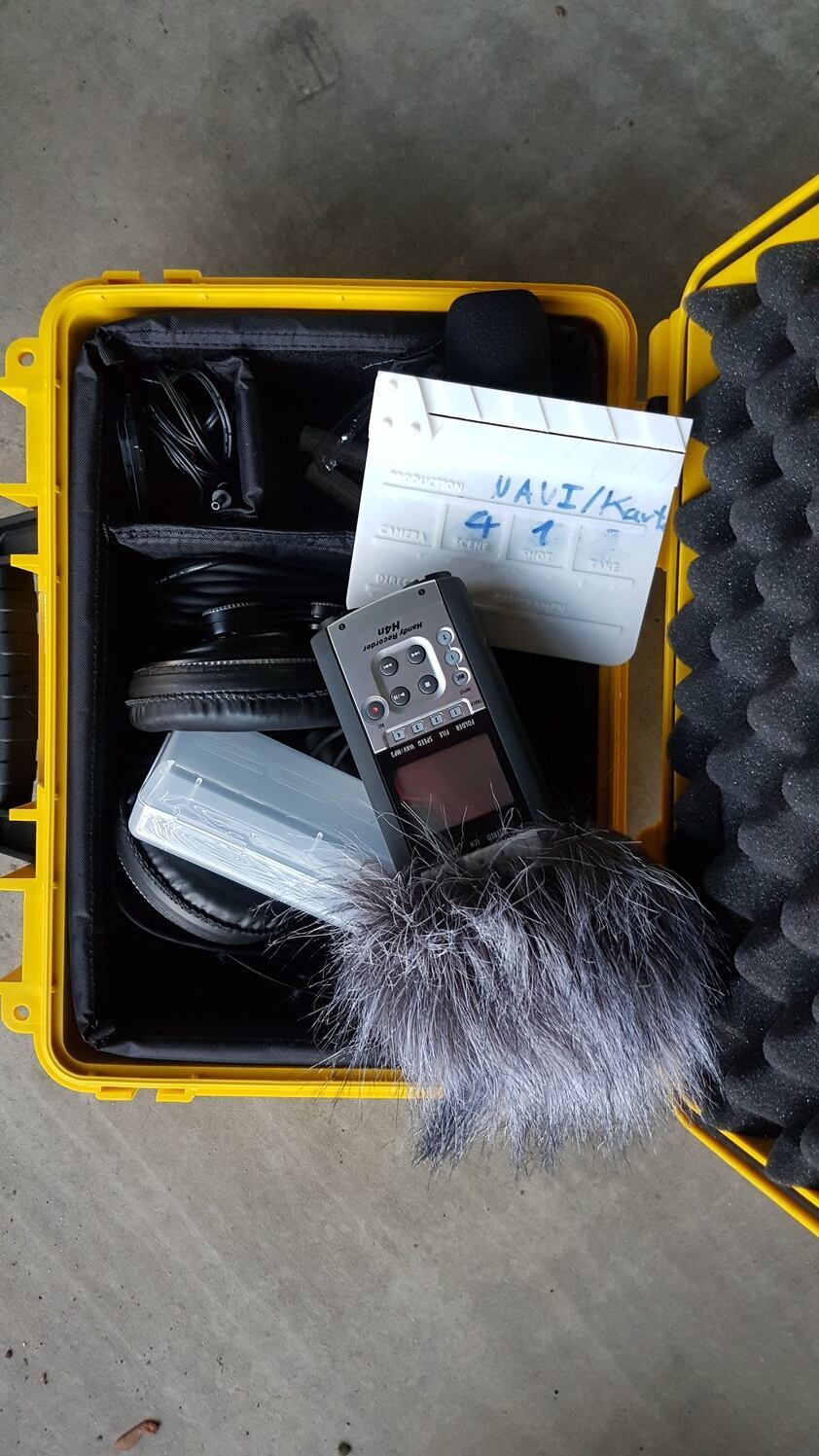 The aim of the project was to produce a few scenes that highlight the technological differences which have arisen over time with computer science. In doing so, knowledge of the basic work of producing a film should be collected.

A rough concept was developed at the beginning of the subproject. It defined the situations to be filmed. It was still unclear how these should be communicated to the viewer. The choice was based on the following three scenarios:

After roughly fixing the three scenarios, we searched for filming locations. The following criteria were taken into account: absence of visitors, silence, weather independence and accessibility. During the filming in the library we reached this in consultation with the library management by the adaptation of times, in which the rooms were scarce attended. When the navigation device was filmed, the location had to be changed due to unstable weather. 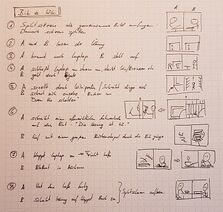 After the filming locations were known, precise plans could be made how the scenarios were implemented. A scenario is usually divided into scenes, which are divided into shots. The counter library and Wikipedia was divided into 8 scenes, each of which was divided into at least two shots. The term used here for the individual shots is later used to designate the corresponding takes (recordings) and assign them to the corresponding sound files. The more precise the script, the easier the filming will be later. It allows filming in a different order, while maintaining continuity of the film.

If it is recorded how to filmed, the implementation follows. Here, there will inevitably be small differences to the script. Important is the continuous use of the film flap for later identification of the takes and to make an allocation of the singly recorded sounds possible. Especially when shooting in the car, the flexible equipment proved to be very helpful. Complex alignments of the tripod within the vehicle together with frequent changes of the camera settings were only possible with the professional camera. The ability to manually adjust the camera was helpful in many places when filming. Settings such as exposure compensation, manual focus, white balance, ND filter, audio control and many more helped to create the video in this quality.

After completion of the recording, the data had to be secured in the long term. In this case, it was necessary to find a suitable system and, above all, to acquire memory since many, and above all, memory-intensive, data are generated during filming. We decided to use an external hard disk for the cut and a network hard disk for long-term data backup.

Next, the sound and image data had to be merged and cut. Conventional end-user programs have proved to be inadequate, since they are suitable for simple video processing, but not for the production of a high-quality short film. The software used enabled us to apply modifications that were known from image processing to the produced content. Good software at this point was a big time-saver.

Finally, we were looking for a suitable soundtrack. This had to be license-free, so the video could be released later.

The first interim result of the video group from the Blended Learning Initiative of the Department of Computer Science can be admired here (in German):

How is it going on?

Next goal of the video group is to produce videos to specific events. These can be videos on research topics (e.g. doctoral theses), exciting seminars or internships with students or short announcements for lectures.

A first example is the final presentation of the internship (in German) "Faszination Technik in der Informatik".

Forward
Back
Copyright: © LuFg I9