You Are Here: Awards

Award for "OER Support Tool" at the OERCamp 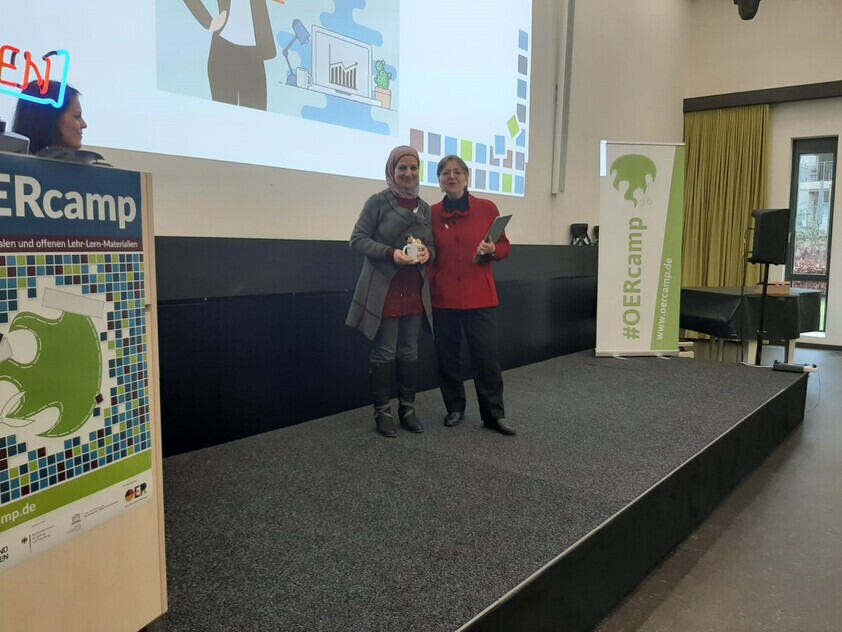 From 21-23.2.2020, the OERcamp - meets Hacks&Tools- took place in Hamburg. During this weekend, the participants have developed their own projects, project ideas or prototypes for Open Educational Resources (OER). Selected concepts will be professionally supported and financially sponsored by the Hamburg Open Online University (HOOU) until the end of 2020. The "OER Support Tool" was awarded and selected for funding. 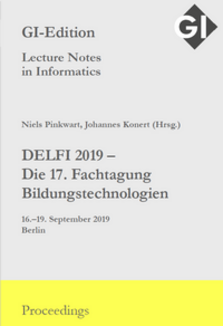 From 16 to 19 September 2019, the 17th Annual Conference of the GI E-Learning Group - DeLFI 2019 for short - took place in Berlin at the Adlershof Campus of Humboldt University. The symposium was also the 27th annual conference of the Gesellschaft für Medien in der Wissenschaft (GMW). The joint conference was held in 2019 under the motto "Participation in Education and Science". 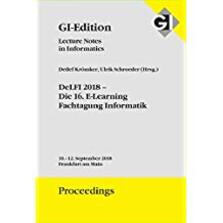 The joint annual conference of the GI departments E-Learning and Didactics of Computer Science - 10.09. to 12.09.2018: 16th eLearning Conference on Computer Science 2018 (DeLFI), workshops and conference; 12.09. to 13.09.2018: 8th Conference on University Didactics of Computer Science 2018 (HDI) deals with the concept of digitisation. The concept of digitisation covers almost all areas of life, including education. Computer scientists are called upon to help shape these paths of educational transformation. Together with educational scientists and psychologists, they must identify, point out and implement what is possible, point out the conditions for success and also the wrong paths. 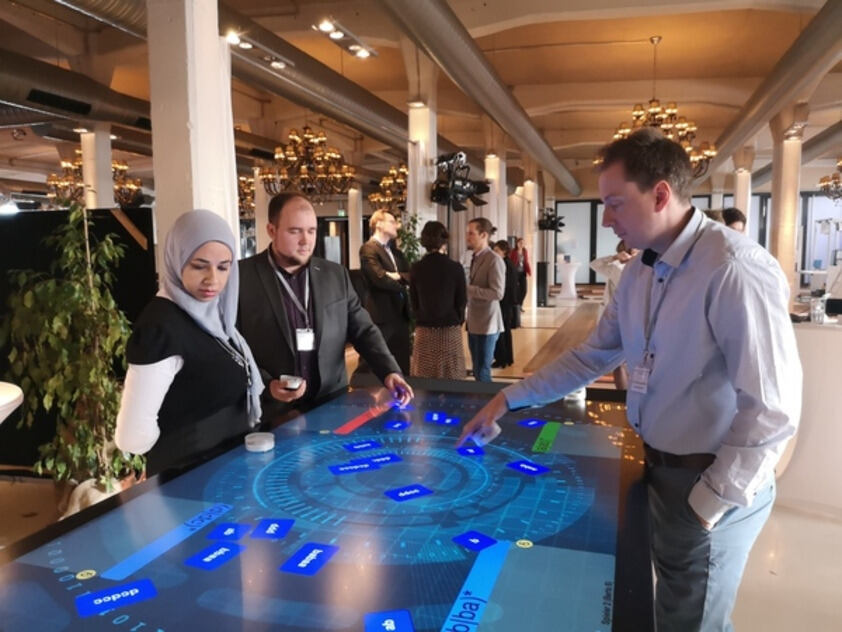 On November 19, 2018 at 3.30 p.m. the depot in the Talstraße in Aachen was up close and personal. There, the Chair of Media Informatics and Human-Computer Interaction, the Chair of Learning Technologies and the Chair of Communication Science of the RWTH Aachen University presented the research project "TABULA" as part of the BMBF's information tour "Experiential Learning".

The project, funded by the Federal Ministry of Education and Research, deals with the use of physically tangible objects, so-called tangibles, on multitouch tables in order to make computer science concepts interactive. The project uses a new generation of multitouch tables that combine an LCD flat screen with the capacitive touch recognition familiar from smartphones.

The information tour is about understanding the learning of the future. "TABULA" has been selected as one of the four highlight projects and forms the conclusion of the series at the Aachen location. Previously, it made stops in Munich, Bremen and Leipzig.

In addition to project demonstrations, the BMBF's information tour also featured exciting lectures and panel discussions, among others with science journalist Ranga Yogeshwar. True to the motto "Bringing technology to people", everyone who is enthusiastic about learning in the future was cordially invited. 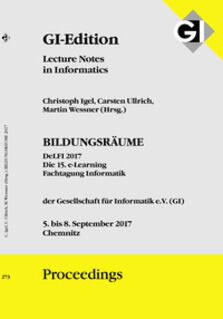 Nomination for the OER Award 2017 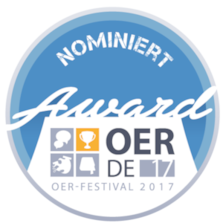 The aim of MINT-L-OER-amt is to integrate the concept of Open Educational Resources (OER) into the STEM education and training programs at the RWTH Aachen University. This is accomplished by qualifying and supporting certain target groups to create, edit and utilize OER Materials for teaching purposes. The target groups are: Lecturers and students of the STEM didactics at RWTH, current school teachers in the region and later on other lecturers and STEM field students of RWTH. The above-mentioned groups are to be qualified gradually supported by the center of excellence at RWTH (MINT-L⁴@RWTH). All materials used within the qualification program will be available also as OER. 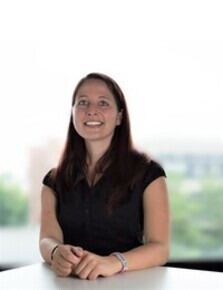 Gesellschaft für Informatik (GI) has announced their designated GI Junior Fellows of 2017. Among them, there is Dr. Nadine Bergner from RWTH Aachen University, whose work includes the establishment of Europe's most successful school laboratory in computer science.

Her work connects the topics “Didactics of Computer Science” and “E-Learning”. She established a comprehensive “pupils lab” and evaluated its effects on the image of Computer Science with children and adolescents, thus earning good reputation in her scientific community. It is her aim to prepare children for life in the digital world from as early as elementary school age. To do so, she approached the GI and contributed to the “Dagstuhl-Erklärungen” of 2015 and 2016. In addition, she is the spokesperson of GI working group “E-Learning at schools”.

The Department of Computer Science congratulates Dr. Bergner on her appointment. 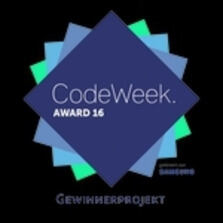 Code Week Award - once more: The Winner is... InfoSphere!

After the great success with the project "Informatik-Feriencamp für Weltverbesser" in 2015, the InfoSphere was awarded again in 2016.

The Code Week Award jury selected the Family Days "Discovering the digital world from 110 to 1100011 years" as the 2016 prizewinner.

The InfoSphere team is delighted about the recognition and, with the prize money of 5,000 euros, can offer additional Family Days free of charge for those interested in information technology between 110 and 1100011 years of age - this also explains the age in decimal. 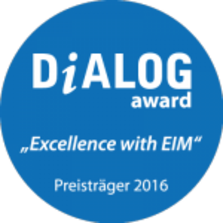 With PRiME, an individual information and training offer for mobile employees in operational use is created. The system, which is based on digital media, makes it possible to retrieve, divide, supplement and annotate relevant information with other employees. The solution is based on a community-supported concept in in-company training (Learning as a Network learning theory). The system is represented by a multitude of mobile and web-based applications that are connected to each other. These enable, among other things, the intelligent splitting and storage of complex documents into the smallest possible, recyclable units, independent of the format of the document (e.g. text document). 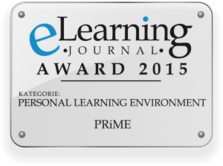 The eLearning research of the RWTH Aachen has achieved another great success. The PRiME project of the Department of Computer Science 9 receives the eLearning AWARD 2015 in the category Personal Learning Environments & Knowledge Management. Since 2008, the eLearning Journal has awarded the prize in around 25 categories to innovative concepts for improving teaching and learning. 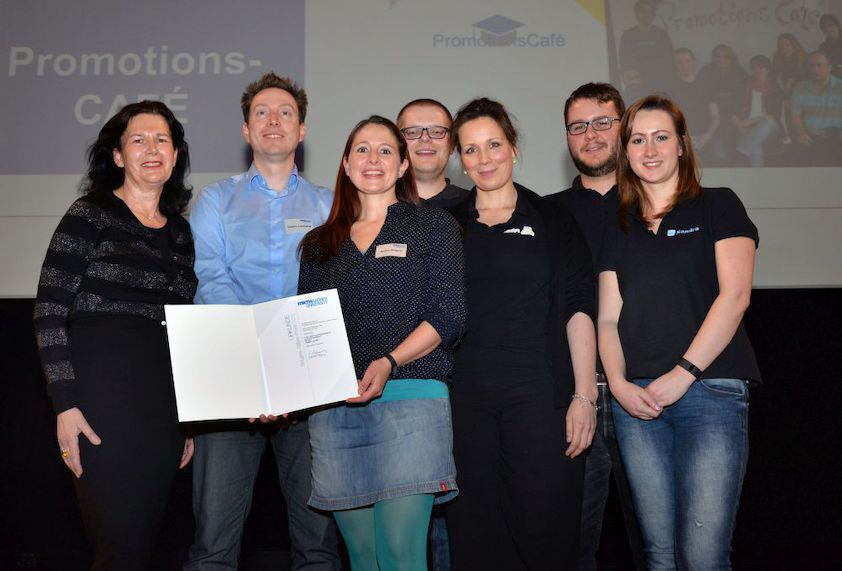 The projects "go4IT!" and "Promotions-CAFÉ" receive the Brigitte Gilles Prize 2015

The prize, named after Brigitte Gilles, RWTH's first women's representative, honors projects that encourage female students to take an interest in MINT subjects, i.e. mathematics, computer science, natural sciences and technology. On the other hand, the prize supports measures that improve the living, study and working conditions of women at the university and encourage them on their career path. In addition to a university reference, the selection criteria are innovative strength and sustainability of the contributions submitted. This time, the "go4IT! projects of the Department of Computer Science 9 and "Promotions-CAFÉ" of the gender team of the AlgoSyn Research Training Group and the Department of Computer Science were each awarded 2,500 euros.

In 2015 TÜV Süd and EUPD Research have awarded the PRiME project the Excellence Label of the German Education Prize 2015 in the category "Innovation".

With more than 70 competitors in our category, the project made it into the final round with only three contestants remaining. After a successful audit in February 2015, the project managers Dr. Mohamed Amine Chatti and Gerd Schumacher, Professor Ulrik Schroeder, Christoph Greven, Hendrik Thüs, and the manager of NextEducation, Andreas Eckelt, eventually received the award. The jury gave the following reasons for awarding PRiME:

With PRiME, the project team consisting of DB Mobility Logistics AG, DB Training, Learning & Consulting and the RWTH Aachen initiated an innovative project that is carried out professionally. By means of various mobile and web applications users can aggregate personally relevant information from within the learning environment. The architecture follows the principle of swarm intelligence and enables the users to exchange knowledge, collect best practice scenarios and discuss. 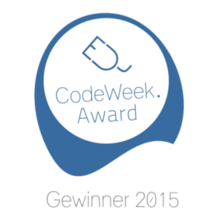 Code Week Award - And the Winner is...

The jury of the Code Week Award has come to a decision and has chosen the InfoSphere project "Informatik-Feriencamp für Weltverbesserer" as prize winner. The whole team is thrilled to be honored like this and we're even more happy to announce that the prize money of 10.000€ will be used to offer two Arduino holiday camps completely for free for all participants from class 8 upwards.

Since then, these holiday camps have been offered regularly during all holidays. For more information check the InfoSphere website. 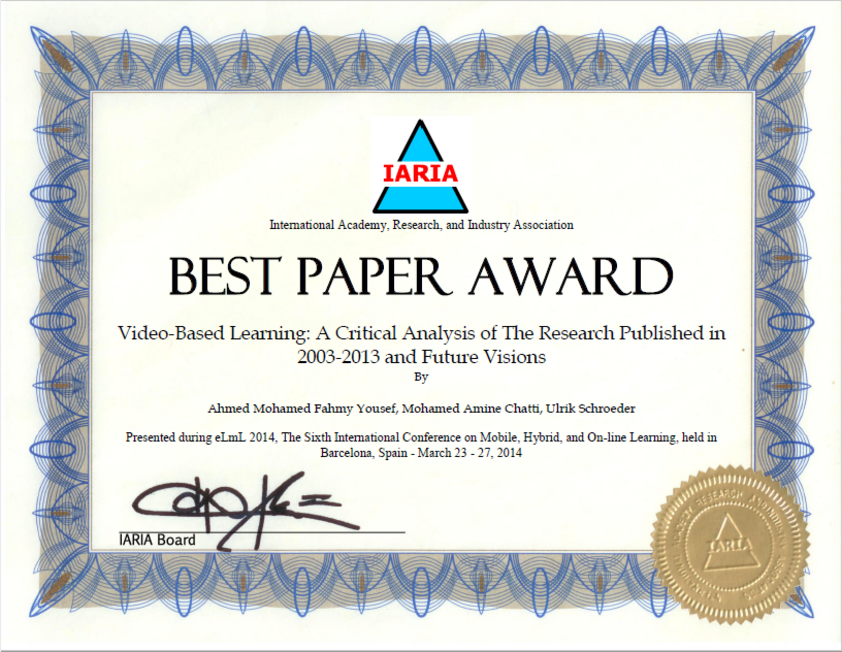 The Sixth International Conference on Mobile, Hybrid,
and On-line Learning 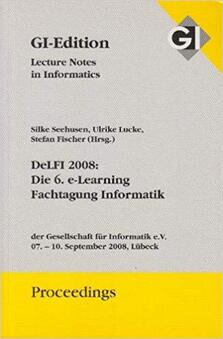